Jason is a coach and algebra teacher devoted to bringing quality fitness education and coaching to the everyman. Founder of Anyman Fitness, Jason uses his mathematical background to help clients acheive their goals. Want to train with Jason? We can hook you up.

“Hard work is a prison sentence only if it does not have meaning… In order for work to be rewarding, there must be a correlation between effort and reward.” -Malcolm Gladwell, author of Outliers, The Tipping Point, and Blink.

Malcolm Gladwell has quickly become one of my favorite authors.  He certainly has a unique way of viewing the world.  His ideas are intriguing – and challenging – to the reader.  If you ever want to be forced to view things in a different light – and perhaps have your shortcomings and weaknesses become glaringly evident… I highly recommend his books.

Perhaps.  But if you’re looking for growth and for self-improvement, his words may be just what the doctor ordered.

So, as I am akin to do, as I was reading these quotes, I couldn’t help but begin to apply their meaning to one of my favorite pastimes – training.

In his books, Gladwell discusses the idea of work.  But not work in the sense in which most of us think of work.  Work at its core – the actual act of “doing” something – anything, really – which isn’t a requirement for life.

This “work” may be a skill, a hobby, an entrepreneurial endeavor, any physical action.  But the message of Gladwell’s philosophy is rather simple – work hard and consistently for a long period of time, and you will prosper as a result.

Through real examples and research, in Outliers, the reader is presented with what has become accepted as fact:  In order to master a skill, one must spend 10,000 hours practicing his/her craft.  Which equates to roughly 8 hours per day – with no off days – over the course of 3 and a half years.

That’s a lot of practice.  Obviously.

So, the mind naturally starts to wonder:  “Who on EARTH would spend 8 hours a day for nearly four YEARS practicing something?”

Which leads to the second quote – “In order for work to be rewarding, there must be a correlation between effort and reward.”  If this occurs, the assumption is that the “work” won’t feel like “work”.  It’ll be fun, a passion, a hobby, and the old adage, “When you love your work, it doesn’t feel like work,” will ring true. 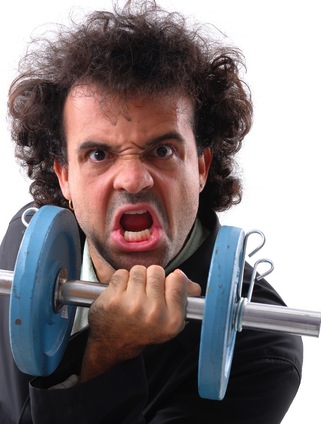 Ever meet someone who looooooves to train?  Those people are weirdos.

For some reason, they ENJOY lifting heavy.  Or running marathons.  Or doing Prowler sprints until they meet their breakfast for the second time.

What’s wrong with them?  Don’t they know that shit HURTS?  Those people are nuts.  Insane.  Crazy.

I would go do a zillion sets of bench press.  A google sets of bicep curls (for the gunzzzzzz, bruh!).  Abs for days.  Then run, run, run on the treadmill.

Yet it never seemed to do anything for me.  I never got much, if at all, stronger.  I never lost the weight I wanted to lose.  I never developed what I had hoped to develop by training.  Muscularity.  Manliness.  Definition.  Size.  Confidence.

Those items were all very fleeting to me.

But as I got serious, began to research, tested various protocols, and began to actually see results?  The craziest thing happened.

The fitness weirdo… was me

It was like an evolution, really.  I became… one of “those guys,” one of those absolute weirdos who LOOOOOVES to train. Who lives for training.  Who gets fired up because it’s “Leg Day.”

And the work?  The hard work?  The often painful, sometimes excruciating, and always uncomfortable work?  I love it.  Just love it.  The more brutal the better.  Bring on the pain.

Is it because I have a high tolerance for pain?  Hell no.  Just ask my wife.  The smallest, little sniffle sends me to the bedroom, whining and bitching the whole way.  I actually have a very low tolerance for pain.

I hate the actual feeling of training.  I can’t stand the 30 seconds that a set actually takes.

So, then, why do I love to train?  Why, in the last 4 years, have I missed exactly 5 training sessions?  (One for the birth of each child, one for being bitten in the palm by a dog, one for sickness, and one from a sore lower back.  5.  In 4 years.)

Because I have been enjoying the fruits of being on a program which has a direct correlation between effort and results.

And that’s how it SHOULD work!

It’s deflating and demoralizing to work hard and have nothing to show for it.  And when that happens?  You’re going to lose your motivation to do the work.

But when you can optimize things… and you start to obtain better results as you work harder… the work itself becomes insanely rewarding.

And you almost get this strange sort of pleasure from the pain.  Because you know the pain will result in actual, physical proof of the effort you’re putting in.  You begin to associate hard work with achievement.  As you should.

Wish that was you?  The one who skips Happy Hour each week to go do squats – and is happy about it?  The one who could easily pass on the dessert to get extra proteinz in?  The one who thinks dieting, training, and fitness are “ways of life” instead of an annoying, necessary chore?

Here are some items which will help you become “that person” over time.

And stick to it.  Programs exist because they work.  Your goal shouldn’t be to “get in a good sweat”.  You should have a legitimate, concrete objective each time you train.  You should be able to answer the question:  “Did I meet my goals today?”  Program hopping is dangerous to your ultimate results.  Choose a methodology and roll with it – for a good year or longer.

Emphasize your intake over your output.  Stop training to eat and start eating to train.  Flip the script.  If you’re unhappy with the way you look, and you treat your body like a “credit card” – paying off your “splurges” with miles and hours on the cardio machines… something isn’t working.  Start treating your body like a “house” – making monthly payments towards an awesome investment.

Few people want to do deadlifts and squats.  They hurt.  A lot.  (Good hurt, of course. Bad hurt = STOP.) Especially if you make good progress and they start getting heavy.  But why do you think some people LOVE to do them?  High “ROI” – return on your investment.  They allow for much better progress, strength AND aesthetics, than nearly any other exercise under the sun.  Bicep curls and burpees?  Please.  Start squatting and deadlifting.   Heavy.  Regularly.  Toss out the small stuff.  Once you can deadlift twice your bodyweight and squat over your bodyweight, start to think about bicep curls, tricep kickbacks, and ab rollouts.

Eat a cookie.  Just don’t eat all the cookies.  Have some sugar.  Just don’t eat all the sugar.  Go train.  Just not every day.  Have some drinks.  Just don’t drink nightly… Should I go on?  Living in moderation is crucial to your success in the world of health.  The poison is nearly always in the dose.  If you’re doing something “extreme” – training daily, eating no-carb/fat, P90x’ing, etc… it very likely won’t be a long term solution.   Constantly depriving yourself of things you enjoy for the sake of health?  Silliness.

Everyone who has “mastered” their physical self will reiterate this mantra.  Over and over and over again.  Most people don’t have a compliance issue – most people have a consistency issue.  Can they do “it” for 3 months?  Sure.  But what does it REALLY take?  Being able to do “it”… forever.

It doesn’t matter if it’s from this site or any other, if you follow a plan, and make it your LIFESTYLE, you will win.  If you don’t, you will not.  Quite frankly, it’s as simple as that.

In my years, I’ve done some dumb shit.  Some really dumb shit.  But you know what?  Even when it was dumb, it was something.  Which adds up to results over time.  Which has afforded me… 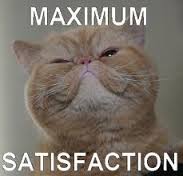 Don’t be the person who shies away from hard work.  When you begin to see the results of your hard work in the gym, you’ll start to enjoy hard work in other aspects of your life.  You’ll start to be one of those true “weirdos” – you know, the ones who are always on time, kicking ass, dominating the world, and making the rest of civilization scratch their heads.

Yours in true health,

Why is it so hard to treat yourself with kindness?

So You’ve Hit a Fat Loss Plateau… Now What?